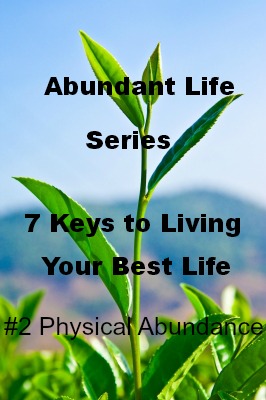 One of most significant revelations someone can experience is that their body is the Temple of the Holy Spirit. (1) In fact, the Bible says that our bodies are not our own. They have been “bought with a price; therefore glorify God in your body!” (2)

If our bodies truly belong to God, then we have a moral responsibility to take care of them, right? What better excuse to throw away the “I have to exercise or eat right because I don’t want to get sick or die early” mentality than to be eternally obligated to honor our Creator by taking care of our health? No wonder most diets and exercise regimens fail us.

By having a purpose and vision that only satisfies ourselves, they are destined to fall short as we lose focus and motivation to continue. However, like most commandments in the Bible, the obligation to eat right and stay fit to honor God supersedes our “me-centered” focus. It gives us eternal significance and even benefits those who practice healthy behaviors in practical, tangible ways.

Learning from the “Blue Zones”

During his TED talk, “How to live to be 100+,” National Geographic reporter Dan Buettner shared some key insights in what make the world’s “Blue Zones” uniquely distinct from average communities. Blue Zones are regions of the world whose elders live with vim and vigor to record-setting age and include the following areas: the highlands of Sardinia; the northern part Okinawa; and the Seventh-Day Adventist community in Lomo Linda, California. (3)

Health coach, life coach, author and speaker, Eric L. Zielinski is a Chiropractor who continues to seek out ways to influence the world toward achieving the Abundant Life. Eric’s work can be seen in a wide variety of venues including Christian, health/wellness, and academic peer-reviewed literature.  Eric lives in Atlanta, GA with his wife Sabrina and three children.