You are here: Home / Emotions / 3 Things I Learned from 12 Years of Spiritual Abuse

Today’s post is from Athena Dean Holtz, a publisher, bookstore owner, author, speaker, podcaster and Pastor’s wife. I hope that through her words below, you’ll be encouraged in the truth: God brings redemption and beauty from ashes.

The realization I’d been duped by a con-man washed over me like molten lava. I just spent 12 years exchanging a pack of lies for the truth. It was on November 10, 2011 that something clicked in my heart because of a series of losses due to the lies I’d chosen to believe.

I lost my 18-year marriage, my family, my house, my 20-year-old publishing company, my good credit and reputation as a business-woman, and EVERYTHING else that mattered to me.

I lost it all as a result of being thoroughly deceived through deceptive practices and spiritual abuse. I was the victim, but I was not innocent. 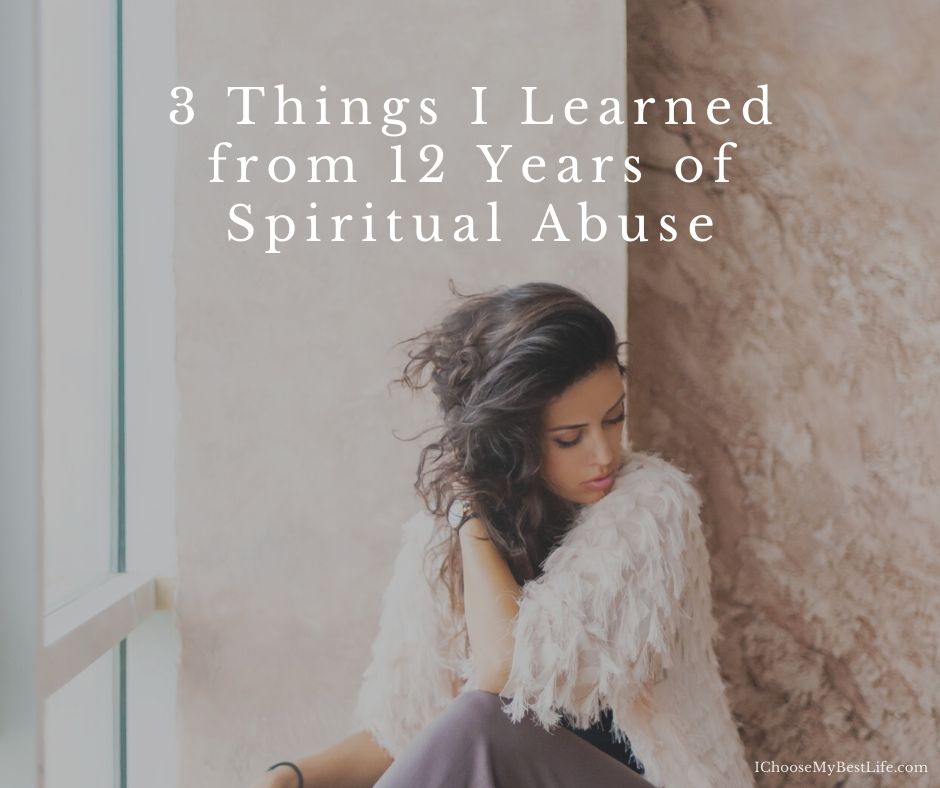 (opens in a new tab)

These are the three things I learned:

1. I HAD TO OWN MY PART IN THE DECEPTION I ENCOUNTERED

As I continued to unpack the poor choices I made that led to these circumstances, I asked a question which created a defining moment in my life.

“Lord, what is wrong with me? What door did I open to the evil one to get to this place to believe the lies masquerading as truth and then be willing to give everything up for it?”

I had to look for what I could own that landed me in such deception and take responsibility for my bad choices instead of blaming others. Yes, I needed to see my part in what made me vulnerable to a narcissistic abuser. I’m not minimizing the abuse or the evil that drove him to misuse his authority and power in my life, but what I came to see is the part I played in the bigger picture.

What He showed me next rocked my world and set my healing path on an expedited timetable. I don’t even know how I knew to do this, but I asked the Holy Spirit to show me where I’d given the enemy access. When He showed me that I had denied Jesus entry to my traumas, that’s when I knew I needed to get counseling to help me work through the pain. This included finding every lie associated with the trauma and replacing it with God’s Truth. And then looking for all the triggers that moved me into denial and self-medicating with work.

I committed to Him that I would learn to sense when pain was coming to the surface and then embrace it instead of resisting the tears … in other words, I learned how to soften my heart instead of continuing to harden it. Because our hearts are deceitfully wicked (Jer. 17:9) it is easy to lie to ourselves and minimize or deny the pain that remains. With David I cried out…

Keep me from lying to myself; give me the privilege of knowing your instructions. I have chosen to be faithful; I have determined to live by your regulations. I cling to your laws. LORD, don’t let me be put to shame! Psalm 119:29-31

2. MY OWN WOUNDING LEFT ME VULNERABLE

I spent many years teaching women the importance of self-care. As I ministered to wives of Vietnam veterans in the late 80s and early 90s, we came face to face with the fact that many women married to a vet had PTSD of their own from childhood trauma. The veterans didn’t have a corner on the market!

As much as I taught that we needed to allow God into those broken areas of our lives, I avoided ever letting Him into those walled off parts of my heart. And that left me vulnerable. I used work as my medication of choice to dull the pain from childhood sexual abuse, an abortion at age 19, domestic violence, divorce, and more. Because I self-medicated, I was not emotionally healthy, did not have good boundaries, and was easily deceived. I am convinced con-men and narcissists have a built-in radar enabling them to pick out people who are broken and in denial and then draw them into their web.

Outside of counseling I continued to pray specifically for the Lord to show me where I’d ignored red flags that He tried waving – which led to my study of confirmation bias. I saw that I unconsciously looked for everything that strengthened my opinion that I was following the truth, and ignored anything that did not support my belief. To my demise!

DEFINITION: Confirmation bias is the tendency to search for, interpret, favor, and recall information in a way that confirms or strengthens one’s prior personal beliefs or hypotheses. It is a type of cognitive bias.

There are times we cannot trust ourselves to recognize our own biases, so we need The Spirit’s discernment. Paul writes: My conscience is clear, but that doesn’t prove I’m right. It is the Lord himself who will examine me and decide (1 Cor. 4:4). We must seek His help in showing us. Job writes: “How many are my iniquities and sins?” He is acknowledging his inability to always recognize his own sin. He prays: “Make known to me my rebellion and my sin.” (Job 13:23)

3. MY UNRESOLVED PAIN WAS CONTROLLING MY LIFE

At one point in my healing, I began, with a few other women, looking into a more rounded view of the effects of trauma and it’s resulting Post Traumatic Stress Disorder. We’d always looked at the emotional and physical reactions as a by-product of unhealed trauma, but never the spiritual element. I began to recognize that the trauma in my life was controlling me. Why? Because I hadn’t allowed Jesus in to heal those broken places, and that meant my wound was controlling me instead of the Lord.

Recognizing the triggers in my life that created a minefield of emotions led to a study of the word wound in Psalm 147:3 – He heals the brokenhearted and binds up their wounds. The Hebrew word for wound here is Atstebeth – the Strong’s concordance read “wound – it is an idol.”

As those words spilled across the page of my Hebrew Concordance, my heart skipped a beat and I could barely breathe. “Lord, does this mean what I think it means? That my unresolved trauma and pain became an idol because I kept You out and refused Your comfort and healing?”

I had allowed that poison to stay and seep into many other areas of my life. And it was killing me spiritually. The minute I recognized it, I had to ask forgiveness and repent of my hard heartedness, and unwitting idolatry.

This was a game changer.

As a result, I realized that I also contributed to the deception, and had opened the door to the enemy by keeping God out of those broken places. This helped me gain valuable perspective. I couldn’t just point the finger and blame others for 12 years of spiritual abuse, I had to point the finger at myself for unhealed trauma. This changed the trajectory of my healing and brought His redemption in breathtaking ways. 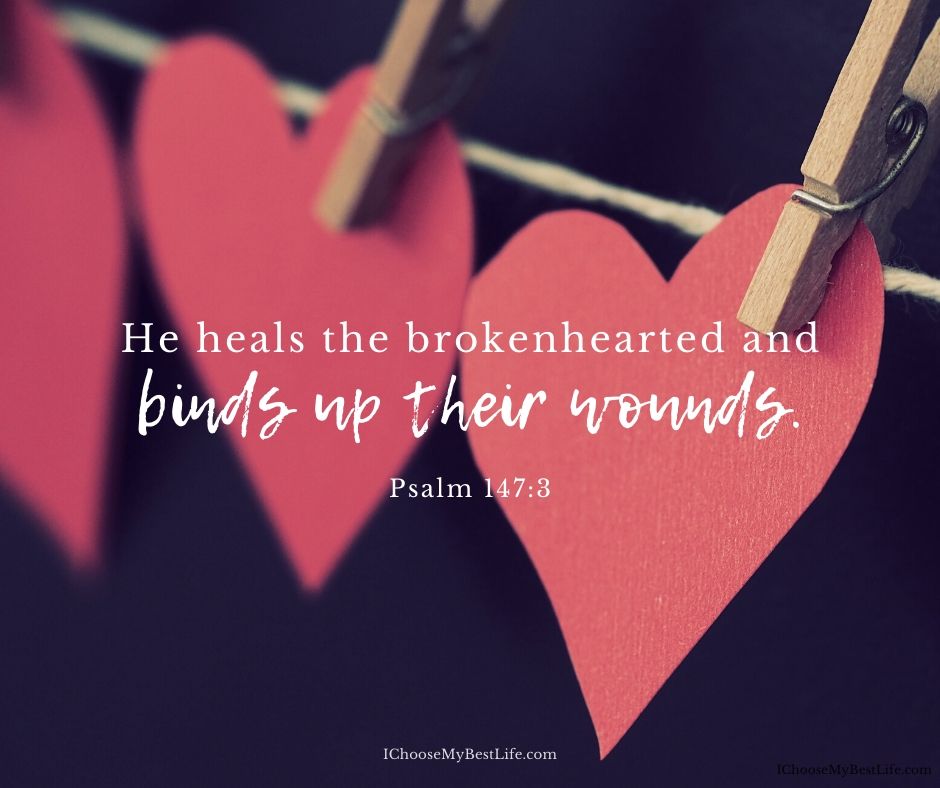 Have you ever found yourself facing the consequences of your own bad choices and wondered how did I get here?

Or have you struggled with coming to the place of ownership, preferring to blame others for the fallout you face?

Let me encourage you to see the suffering in your life through the lens of Romans 8:28.

“And we know that all things work together for good to those who love God, to those who are called according to His purpose.”

He never wastes our pain, and as we begin to connect the dots to see where we’ve ignored the caution signs He’s sent our way, He is always faithful to correct, admonish and instruct us so that we learn from our pain and grow.

Athena Dean Holtz is a publisher, bookstore owner, author, speaker, podcaster and Pastor’s wife. She is an author advocate who enjoys helping Christian women tell their hard stories as God brings redemption and good out of the pain in their lives.

Her memoir, FULL CIRCLE: Coming Home to the Faithfulness of God, tells the whole story of the loss of WinePress Publishing to a Christian cult and how God birthed Redemption Press to redeem all that the enemy stole. Visit overcomingchurchhurt.com and take the eye opening quiz, Is Church Hurt Stunting Your Spiritual Growth?

In 2014, her modern-day Cinderella story came to life as she married Dr. Ross Holtz, founding pastor of The Summit, an Evangelical Free Church in Enumclaw, Washington.